YAAANA’s Highlight of the Year

A Zoom Play with Broadway Stars

As part of our annual fundraiser and YAAANA’s fourth anniversary celebrations, we are excited to announce the performance of a new Zoom play Korone un der nayer normal (Corona and the New ‘Normal’), inspired by Leah K. Hoffman’s 1930 Kraft (Power). The play was adapted collaboratively last summer. See Yiddish STARS in action – Avi Hoffman starring as Corona, Suzanne Toren as the Internet, Sam Guncler as The Essential Worker, Bertolt Karsten Troyke as Twitter, Mikhl Yashinsky as Facebook, Lea Kalisch as Instagram, Moishele Mario Alfonso as Madame Netflix, and Lea Rozenfeld as Baby Tiktok. The performance will be followed by a premiere of the 3D animation of the Yiddishland California project by Kendal Eastwood, featuring a brand new song by Psoy Korolenko. Don’t miss YAAANA’s most important event of the year! 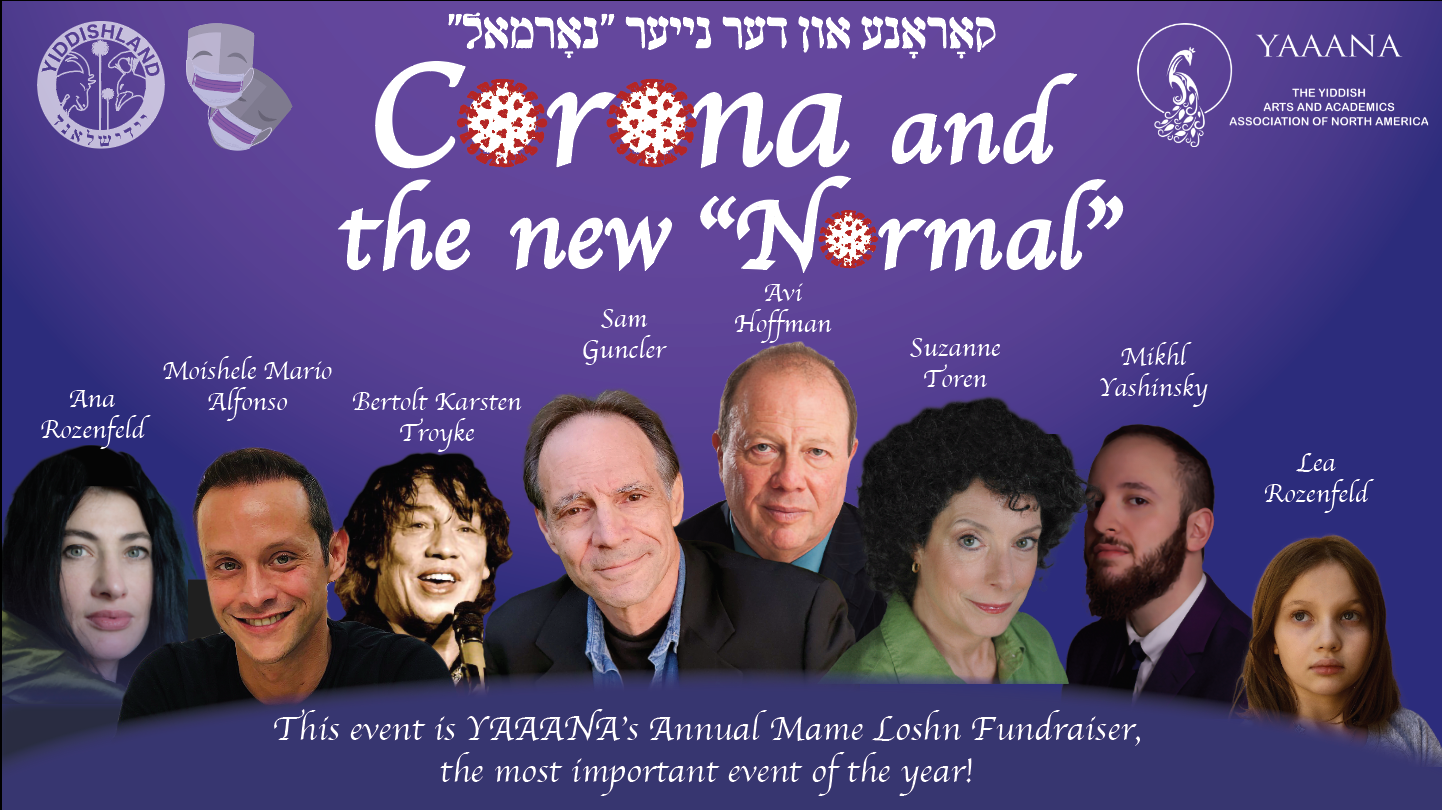 If you would like to attend this event but you can’t make it on July 11, there will be a recording available after July 11 that you could access by registering here below.